I stumbled across this Powerpoint description of the factors behind the Great Depression in the United States,and it jigsawed well with several books I've read in the past few years which either deal with the Depression directly, or as an important element of the book's topic -- titles such as Robert Bothwell's THE PENGUIN HISTORY OF CANADA, Jean Edward Smith's FDR, Amity Shlaes' THE FORGOTTEN MAN, Ron Chernow's THE HOUSE OF MORGAN, and A. J. Nicholl's WEIMER AND THE RISE OF HITLER. (I think I could also include Herbet Bix's HIROHITO AND THE MAKING OF MODERN JAPAN in this category because it gives a detailed description of the rise of the Japanese right during the 1930s.)

The ppt presentation is at a blog for a company called Multimedia Learning. However, the site seems to be something of a labour of love (and some profit) put together by a group of American history teachers. As a result, its posts tend to go from subject to subject. However, I was quite impressed by the presentation because it underlined in simple language the multitude of causes behind the Depression, including factors such as unequal distribution of  income and the pre-Depression that existed in agriculture, which suffered economically throughout the 1920s.

Unequal distribution of income remains one of the hallmarks of modern economies; it is, apparently, a desired neo-conservative goal, or at least a principle that neo-conservative economic thinkers -- whose ideas influence and sometimes dominate North American economic policy -- feel ideologically obliged to support. Blogs that I have found that deal with the New Great Depression do not pay much attention to it, and instead focus their remarks on the perceived bungling of bureaucrats, alarmist writing about the fragility of paper currency (and, natch, the superiority of gold), and so forth. Crisis is viewed as so incipient that a rational collective response cannot be conceived or organized. The underlying message is, everyone man/woman/investor for himself.....


The other factor from the teachers' site that I found particularly interesting, farming, has changed considerably since the 1920s and '30s. In North America and Europe, it receives better government support than it used to. I have to admit, this is a pretty hazy area for me, though, and one of my friends, whose father is a farmer in Saskatchewan, would probably bristle at the suggestion that the farmer's life is "easy". My in-laws also include farmers -- a tea farm with some vegetable gardening. I've seen repeatedly how hard that line of business is, and this year's destructive winter only made the situation worse.

In South Korea, more than contemporary Canada or the U.S., farmers still suffer on a regular basis: acreage is limited, incomes remain too low, there is population flight to the cities, and crises such as the recent foot-and-mouth disaster with its ill-administered vaccination program followed by a panicky mass slaughter of livestock, tend to escalate quickly.

What is interesting, from point of view of the maintenance of democracy, is how these issues are not often expressed on the meta-economic level of day-to-day discourse. Economics is seen as focused on the stock market -- along with industrial production. I do not want to take issue with the importance of these factors. All I mean to say is that other factors which are crucial to creating new economic turbulence tend to be low-balled in media coverage. New depressions, in other words, gestate in overlooked zones of the Body Economic, while our attention is focused elsewhere. 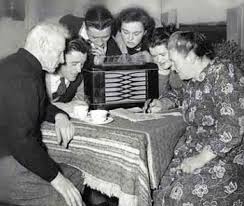 Frances Madeson has a new blog up. It's promisingly entitled WRITTEN WORD, SPOKEN WORD, and you can read it here.
작성자: Finn Harvor 시간: 4:00 am No comments: