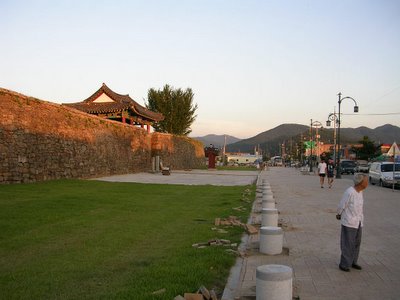 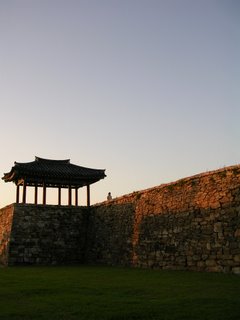 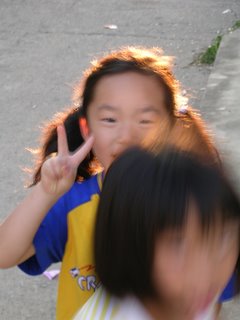 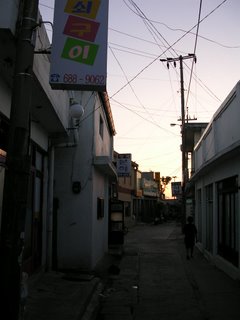 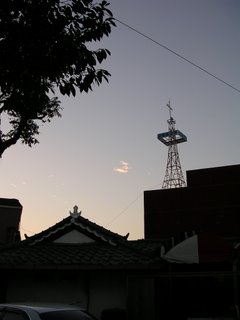 V.O.: I don't know what it is was about that kid's voice. It went to my heart -- pierced it, like an exquisitely fine spear, the sharp end of sweetness. And it was this strange combination of sensations -- the needle's prick and the blood's sunny melt -- that suddenly transported me (there's no other word) to a different time. It was a time in the more recent past, when I still felt the residual parch of loneliness. But it was a time when I started to feel. 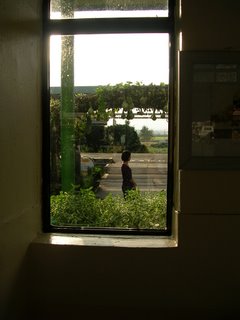 Alex Good on Andrew Keen's The Cult of the Amateur:

Keen is clear on the fact that culture follows the money. And he's right. The problem is that there is no money in the content of culture, in being a creative, cultural producer. The great Internet successes on the Internet are not in the content business. Starting at the top with Google, which is described, accurately, as "a parasite." The content of the top Web 2.0 Internet brands - Google, MySpace, Yahoo!, FaceBook, YouTube, Blogger, even the film review resource Rotten Tomatoes - is all outsourced or user-generated. These sites produce virtually nothing of their own, they simply exist as platforms. And they are the new Internet economy's big winners.

This is the real threat to our culture, not the assault on our traditional institutions. Those institutions can, at least in theory, transform themselves into more viable forms. The problem is that the Internet represents perhaps the final step in the process of our rejection of the very notion of culture having any value at all. This is a disillusionment the human spirit will find hard to survive.

Keen's book has received considerable attention elsewhere on the Net -- predictably, critical. I can't comment on the book itself, but I have to say that I think the argument surrounding it presents a slightly misleading dichotomy. Either the Internet is "gate-less" (the pun implicit in this phrase not worth commenting on) and allows an unending stream of poorly written gibberish, or it is an opportunity for greatly expanded creativity.

Obviously, most Net commentators tend toward the latter position. And obviously, most commentary written by people who work for mainstream media outlets tends toward the former. On the surface, the moral of the story seems to be the timeless one that what we ourselves term logic is often a pattern of thinking which follows self-interest.

But I think there's another way of viewing this debate, and it is to think of the Internet as simply a vehicle for publication akin to publishing itself -- or more accurately, what we intuitively define as publishing. What tends to be forgotten is the absolutely amoral aspect of technologies, and the degree to which their advent simply creates the potential for doing things we have always done, but more simply. (I could write a long post on whether anything related to computers is, strictly speaking, "simple" -- for example, I had to wrestle with my software just to write this post. But in any case, at their best computers enable new activities.)

Like it or not, the moment one posts something online, it is published. That it has not cost much money to produce and may not be worth reading is of no more relevance than the fact that a lot of the TV shows and movies that have the highest production values are also not worth watching. The Internet allows new forms of writing to exist. Despite putting some of my work online, when I'm honest with myself I realize it's taken me a long time -- a struggle of overcoming internalized resistance -- to fully recognize this.

Of course, a lot of online writing is crap. But some isn't. Some of it is golden. And some -- too very depressingly much -- contemporary published work is, if not exactly crap, then bloated and lacking the sting and focus of brilliance. How this current state of affairs will sort itself out is anyone's guess.

Steven Beattie at That Shakespeherian Rag is doing a year-end roundup of people's favourite books during 2007. My contribution is here.

In it, I bang the drum of Canadian cultural nationalism as loud as I think I politely can. But of course, being ironic about one's passions is in itself a veddy Canadian thing to do (as is throwing in a piece of outdated slang that is, in its etymology, less than fully of the Home Country (I won't even touch the more complicated question of the associations this latter phrase triggers within the Canadian mindset)).

I'm in the process of writing some more on the issue of Canada's view of its own culture. This is a topic that often arouses the following, snickering response: "What culture?" When voiced by a Canadian, the wisecrack is further proof of how deep neurosis runs in the national character, and when voiced by someone outside the country (usually an American or Brit), it shows how large the "Kick me" sign is written on our pasty, frozen butts.

But the truth is, Canada not only has a culture, it needs one ... it needs more of one. And it's been my time in South Korea that has really reinforced this conclusion, because Korea provides an example both of what a fairly small country's culture can be to its own people, and how it can retain its sense of self while also finding a place within global culture. Believe it or not, any country can achieve this, and while this might seem like a given to those from dominant cultures, it is something Canadians will have to sort out through not only a painful process of debate, but trial-and-error in the machinery of its cultural production, and an increased willingness to take risks.

[Update: to see an example of the kind of debate that can happen -- and is needed -- on this issue, see this post at Zachariah Wells' site Career Limiting Moves. Personally, I haven't been won over by Wells' central argument that literature is a kind of completely open marketplace in which the "best" titles win attention from teachers and readers. But the key thing is, Wells is willing to forcefully speak his mind. And he is right on the money when he says there is confusion in Canada (and maybe the States, too) about what constitutes fair debate. ]

Ian Brown on His Son, Walker

Ian Brown of the Globe and Mail has written a long piece entitled The Boy in the Moon about his severely disabled son, Walker. The article deals both with Walker's disability -- a rare condition called cardio-facio-cutaneous syndrome (CFC) -- and Walker's relationship with those around him, in particular Brown and his wife Johanna.

The series is appearing on a weekly basis, and you can find the main page of it here.

(You can also find the interview I did several months ago with Brown here.)