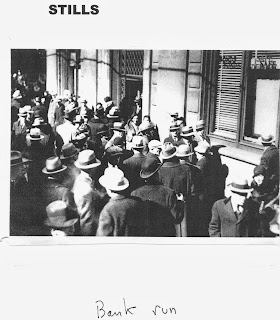 Part six of my Democracy Evolutions series is up at my new site:

When the great powers of Europe entered World War One, they believed the war would be short, and, of course, decided in their favour. But as the conflict dragged on, its costs escalated, and a new form of fear took hold among the banking centres of the continent and Britain. That fear was that the war would be so ruinously expensive that it would dismantle the imperial system the major European nations were so proud of having constructed....

1. Brian Fawcett and Steven Beattie on the David Glimour flap.

3. Le Devoir reviews Jérôme Borromée, a title by first-time novelist Guillaume Borque. I haven't read the work, and am not likely to get access to it any time soon. (My favourite kind of book is printed ... and sold at a reasonable price at a second-hand shop (just for the record, I'm okay with e-books, but firmly within the ee-cheon won price range, with a slight preference for those priced unequivocally at "kong").)

The review of the novel describes it as being about a fairly archetypal urban male in his early 30s whose life is comfortable but who's in the grip of various dissatisfactions, some explicit, some concealed: he is worried about his sexual identity, and apparently shamed by rumours of his father's gayness. It sounds like an interesting and honest treatment of sexual anxieties that, while they come in an entire spectrum of forms, tend to be universal in the sense that one can only scrape away at the layers of this sort of anxiety -- one can never fully comprehend it. It is interesting to contrast the themes of this title with the David Gilmour's apparent opinion that "guy's guy" authors are strictly heterosexual; a leap of psychoanalytic faith.

Part of the problem is that while Gilmour is interested in the work of male writers who are fascinated with women (an interest that I share), he does very little to scrape away at the difficulties -- the possible projections, anxieties, wish fulfilments, and secret currents of self-loathing -- that are the flip-side of human sexuality's "directness". (Ironically, Gilmour the writer seems more in tune with this than Gilmour the interviewee.) In any event, it does seem to me that while Gilmour is currently being taken to task for alleged sexism, it might be more germane -- and more revealing -- to discuss his attitudes toward fellow Canadian writers ... a group he expresses obvious disdain for.

Of course, Canadian writing has never perceived itself as especially tough. But what is toughness? And does it deserve a conflation with guy's guy masculinity? I'd like to hear somewhat more on this issue -- both in terms of the interesting fiction that is currently being produced in Quebec (and getting little attention in anglo Canada), and in terms of Gilmour's more considered thoughts on this matter (he is fluently bilingual). It seems to me the question of his estimation of Canadian literature is where the controversy should really be sourced ... not the present brouhaha over his supposed sexism -- a sexism he himself denies, and which no evidence of has yet been produced.
작성자: Finn Harvor 시간: 7:33 pm No comments: 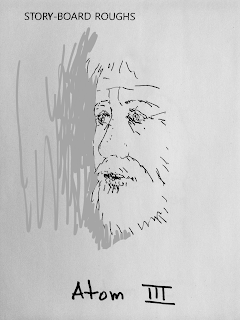 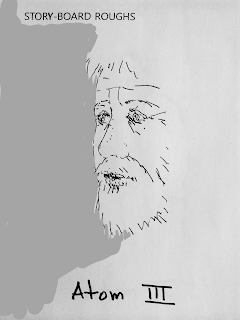 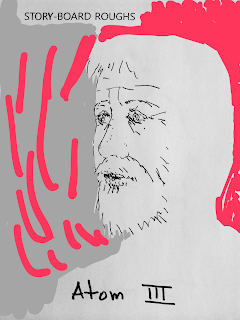 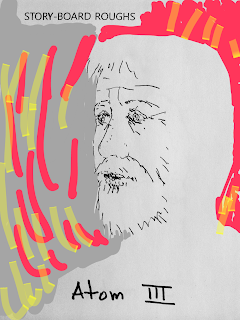 From my Hiroshima project. 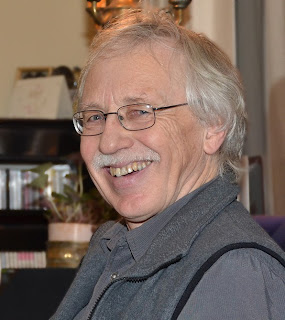 This is part two of my conversation with author and critic John Harris. To see part one, go here.

2. Reports of declines in book sales have become widespread. How bad are the declines? And do you think they are only a cyclical phenomenon, or do they represent a permanent negative change for print book sales?

The Economist, 17 Aug 2013, reported that total spending on books “is not likely to rise.” But there is a shift in that e-book sales are rising and print-book sales falling. Worldwide, e-books account for 14% of book sales. In America, which serves also as a measure of over-all, first-world consumption, that figure is 30%, and HarperCollins is figuring on an increase to 40% in three years. According to this report, profits for publishers are “fatter” as printing, distribution and storage costs go steadily down when sales of e-books rise.

The implication is that publishers are doing fine. The fact that profits from e-books are compensating for losses from print-books suggests that, while overall book sales might be slipping, it is not by much.

Likely, most literary writers would see the Economist figures as irrelevant to them, because it’s conceivable that overall sales of books could be stable while sales of literary books are in free-fall. So far as I know, no one’s tried to collect figures on this, possibly because you’d have to establish a definition of “literary.” You could set up rough parameters by assuming that 90% of poetry books or collections of literary criticism are literary, that only a small amount (say 5%) of “genre” fiction (sci fi, romance, porn, western, mystery) is literary, and that a certain percent of adventure-travel is literary etc, then track sales of novels, memoirs, and books of poetry and essays since the advent of the web.

This might provide some insight into whether the e-book phenomenon is giving a special advantage to crap novels over literary ones. I myself doubt this is happening. I sense there’s a fixed ratio between novels sold by Arnold Bennett and those sold by James Joyce that would apply to paperback novels sold by Harlequin (over 100 million per year since the mid-nineties, by Danielle Steel (800 million to date) and by Margaret Atwood (?). That ratio likely applies to e-books too.

It may be that sales of literary books in the schools are down, and school sales are a big factor for literary writers. Again, I don’t think anyone’s collected any figures, but there’s been a shift in schools towards Creative Writing exercises and courses, which require fewer books and anthologies, and technical and journalistic (writing on public issue) courses, which require none. The “English Department” in the schools, colleges and universities is now teaching writing rather than writing through literature. It may be too that fifty years of deconstructionist and postmodernist attacks on the canon and questioning of the possibility of a canon (i.e. of anthologies, class reading lists, courses on literary genres and writers etc) has had an effect.

The Economist reports happier authors as well as happier publishers: “Royalties from e-books are about 25% of net receipts, compared with an average of around 16% in print. Careers can take off faster.” The sole example given is E. L. James’s bondage-buster, Fifteen Shades of Grey, which went from online to print. The book is part of a trilogy that has sold 70 million copies, in paperback, to date.

Again, James’s experience might not seem relevant to writers of literary novels — I haven’t read her so I don’t know how she would be regarded. But she represents possibilities for literary writers if they decide to approach e-book publishers or engage in self-publishing on the web. It may be that, as the Economist implies, it’s easier (cheaper) to advertise on the web as well as to publish. If you self-publish, you can with a little practice and minimal expense create as attractive a product as any mainline publisher. In print, this is impossible.

3. What area of book publishing is suffering most? More specifically, are novel sales suffering more than other kinds of books?

See #2. There’s no evidence that any area of book publishing is in decline or that novel sales, specifically, are down. Whether sales of “literary” books, including novels, is down depends on the definition of “literary.”

4. Are the declines linked to woes in the bricks-and-mortar retail sector, for example, bankrupt/near-bankrupt independents and teetering book chains, or are troubles in the retail trade the result, not the cause, of declining book sales?

Paul McNally’s article on this in Canadian Notes and Queries 83 was a revelation to me. He was responding to CNQ’s theme, “who killed CanLit?” His answer, based on his own experience running his McNally-Robinson chain on the prairies, was that CanLit is “robust” and that small brick-and-mortar stores can be profitable if they sell e-books as he does (through Google’s Canadian e-bookstore) and serve as focal points for “regional and literary [there’s that word again] books” that are self-published or produced by small, local presses: “As a community institution, the independent bookstore . . . has a lovely, serendipitous feel and sometimes, when the right network of authors, friends, family, neighbors and colleagues gets together to launch the book (and buy it), there’s a wonderful sense of work fulfilled and a new beginning.”

In my own town, Prince George, we have a small Coles in the mall and a fairly large independent downtown bookstore called Books & Co. Books & Co. doesn’t sell e-books but is an outlet for small-press books about the region or by local authors (from Caitlin Press, Heritage, New Star, Repository, Gorse St. and Creekstone) or for a large array of self-published books from students in the two creative writing courses (at the college and the university) and from local writers. It has that feel that McNally describes, augmented by the availability of food and coffee (Café Voltaire) and by an endless series of musical events, plays, poetry readings, and power-point presentations by photographers and travelers in the upstairs theatre that can seat 100. Their website conveys the essence of what McNally is talking about and allows customers to check events, arrange to put on their own events, find out what books are in stock, participate in local causes (most recently, to keep the print edition of the Globe and Mail coming into town) etc.

Books and Co. also features a huge array of remaindered books. I believe this feature has to do with the tax benefits publishers receive when they get rid of their print runs. It’s also a great service to readers. As often as not, I’m in the store to pick up books of fairly fresh Canadian poetry (a weakness) for a dollar or two per copy. 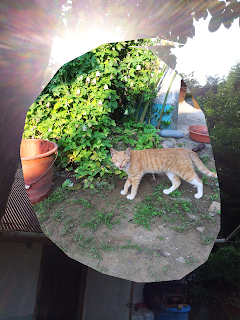 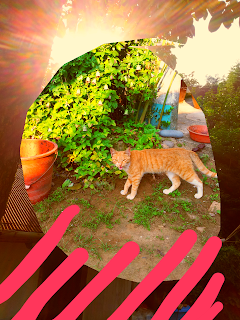