At my new site:

From a year-and-a-half back, Mark Medley on Marc Côté's move from Cormorant to Thomas Allen. That is a long time in a cultural industry (even publishing), and there have been changes since then; a recent visit to Thomas Allen's website describes the company as now being a distributor, not publisher, and its fiction selection is thin. More alarmingly on a general level is the sense of pessimism is gripping the industry, as well as the idea that these days "only a prize" is sufficient to win a novel -- especially one by a new writer -- the sort of audience it needs in order to succeed commercially. In Quebec, where the literary culture has evolved differently than in anglophone Canada and there is less of a blockbuster mentality, authors also feel under siege but more in terms of their royalties: they are fighting to standardize book prices. 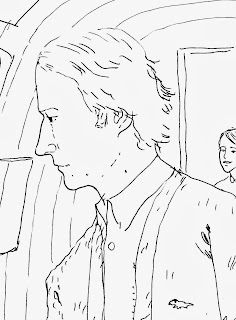 Am continuing blogging at my new site. It's now retitled as BridgeText; this is an idea I first floated with Charles Yang, a Korean developer who's helped me with my sites (and who is a partner to this one). I'm hoping to eventually get a bit of an interchange going. There is a lot of interesting graphic novel work happening both in Korean and Japan, and of course there are great scenes taking place in Canada (anglo and franco equally), the US, and UK.

Speaking of the latter -- when I went to conference on the graphic novel that was held at Oxford in September, I met several interesting people (including some good artists). Leaving the conference, however, I was struck by how much there remains a division between text-only and text-and-art fictional narratives. Does it have to be this way? Does it have to remain this way?
작성자: Finn Harvor 시간: 6:45 pm No comments: