From Liverpool to Seoul 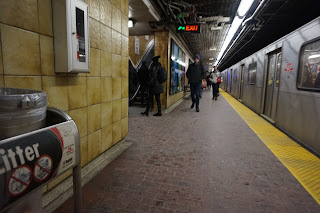 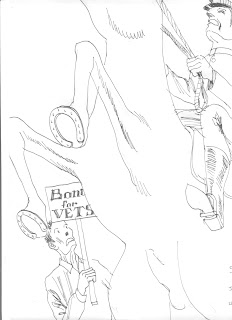 Excerpt from the opening of The Business Army, now online at Eclectica:

PART ONE
CHAPTER ONE
July 28, 1932. Washington
The sky is a high, mid-summer blue. It has a quality of vast, apparently infinite, peacefulness. Cumulus clouds—as grand as towers—float through the sky, while at ground level the white dome of the Capitol also resembles an immense, majestic cloud.

But also at ground level a demonstration is taking place. A group of World War One veterans moves down a boulevard in one direction while a small group of cavalry backed by a battalion of foot soldiers approaches from the other.

The veterans are mainly dressed in mufti: the neat but inappropriately warm wool trousers of people with only one good pair of pants to wear, white shirts with the sleeves rolled up, or worn-out, shiny jackets. Some are also dressed in doughboy uniforms. But all of them look both impoverished and determined, like a peasant army marching with ragtag determination toward the walls of a royal castle.

Then one of the cavalry's horsemen rushes forward and wades into the crowd. The crowd tries to to stand its territory but almost as quickly pulls back with instinctive fear. The horse rears up, its sweating brown flanks rippling with quivering muscle as the animal's hooves spin dangerously in the air; living clubs.

Two or three in the crowd shriek. Behind them, some others call out the demonstration's rallying cry: "Bonus! Bonus!"

Then the horse stomps to all fours, its rider yanks the animal's reins, and the demonstrators inch a little farther forward with cautious determination.

To one side of this scene, watching attentively, stands the figure of General Douglas MacArthur. He is impeccable attired in a cavalry uniform, freshly pressed, plumped jodhpurs, and brown riding boots glossed to a fastidious sheen. Next to MacArthur is Major Dwight Eisenhower. He is dressed in civilian clothes: light trousers, a dark jacket and incongruous straw hat. He also looks on the scene taking place attentively, but with some embarrassment. MacArthur, however, is unaware of his aide-de-camp's discomfort; his nostrils, petitely equine, flare with impatience. He calls out to the captain leading the infantry battalion: "You there. Why aren't those troops moving faster?"

The captain calls back, "Sir, they're going as fast as they safely can."

The infantry advance, their long rifles down, their bayonets forward. In the crowd of demonstrators, individuals—with the bravado of the doomed brave—call out.

"Bonus! A fair bonus for the veteran now!"

"We fought for this country! All we're asking for is help at a time of need!"

But the infantry keeps methodically approaching, and when they encounter the first demonstrators, they implacably keep their bayonets at chest level.

A demonstrator, his voice suddenly urgent, cries at the troops, "You brutes! Can't you see there are women and children here?"

The captain leading the infantry battalion says loudly, his tone commanding and bland, "Move on, you people. Move on. Remember, you were in uniform once. Do what you're told. It's for the best."
A man in the background steps to the front of the crowd. He has the hungry, alert look of one who would be either categorized as a troublemaker or hero, depending on one's allegiances.

"The hell we'll take orders from the likes of you! You're just a pawn! Don't you feel any shame? There are veterans here who can barely feed their families! Why don't you think of justice first before you start lecturing others on their duty?"

But the troops are unmoved. And as they continue their advance, the demonstrators are forced to choose between retreat and the feeble defiance of the un-armed which, soon enough, turns to defeat.
A different officer blows a whistle sharply, and second, more aggressive battalion of cavalry move forward. Some of the soldiers, upon reaching the crowd, reverse their rifles and use their butts like truncheons.

Behind the foot soldier, also advancing, is a column of tanks. In the midst of them is the figure of George S. Patton. He surveys the crowd for a few moments. Then he says to his crews, "Charge!"
The tanks trundle-squeak forward; the infantry stomp in rhythm, the cavalry whinny and attack.

The demonstrators are now divided into a series of broken up groups. Some turn to run. Others scream, push and shove. But from several yards away, it seems almost as if the demonstrators might have a chance: the troops and the horses and the tanks do not seem to be achieving a clear victory.

Then a shot rings out, followed by another. A woman's voice can be heard screaming hysterically, "Jesus! Lord Jesus!"

This only seems to stiffen some of the demonstrators' resistance, even as someone else, his voice also hysterical, calls out, "Doctor!" and the melée reaches its crescendo.


A shirt authorial videostory based on my novel The Business Army, now at Eclectica: http://www.eclectica.org/v23n2/harvor.html
작성자: Finn Harvor 시간: 4:10 am No comments: