Am (once again) starting most of my posting here. Enough freebies for the corps.
작성자: Finn Harvor 시간: 5:31 pm No comments: 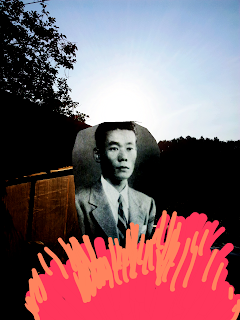 This is an image of Morimura Tadushi, the codename of Yoshikawa Takeo, the Japanese naval ensign posted to Hawaii to spy on America's Pacific Fleet in the months before the attack on Pearl Harbor. During that period, Yoshikawa rented small planes in which he flew over the harbor, went diving in waters close to the harbor, and observed activity generally from an apartment he had rented specifically because of its proximity to the area he wanted to see.
From the PLASTIC MILLENNIUM project.
작성자: Finn Harvor 시간: 12:40 am No comments: 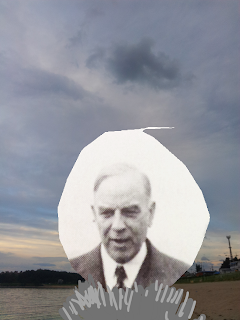 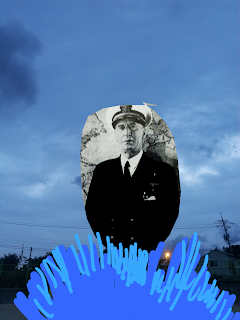 These two images are of Prime Minister William Lyon Mackenzie King and Admiral Ernest King -- two lesser known but significant actors in the drama of World War Two. As both David Reynolds and Ian Kershaw have pointed out, the monumental war we remember began actually as two wars: one being fought between in Europe, and one fought in Asia. And while the European war broke out in September, 1939, the Asian war had been dragging of for some time, since it had its source in the meat-grinder of the imperial Japanese invasion of China, as well as ongoing guerrilla conflicts between Koreans and Japanese.

Furthermore, though the prime belligerents of Germany, France and Britain are well-known, several "lesser" actors were significant from the beginning; although Canadian troops were not active in the Battle of France (troops were sent overseas at that time, but only arrived in France as the French army was crumbling and the British Expeditionary Force was cut off at Dunkirk), supplies from Canada to the UK were an essential life-line across an Atlantic Ocean that was riddled with U-boats. Similarly, while conservative historians tend to make quick work of "Britain and her empire", the Treaty of Westminster had granted the ex-colonies of Canada, Australia and New Zealand sovereignty over foreign policy (something these nations did not possess during World War One).

As the war slowly dragged in the United States, it did not do so as an actual belligerent -- that is, as a military actor. This wasn't due to lack of concern; the U.S. started providing material support quite quickly, and, under the Roosevelt administration, was eager to do so. But political opinion in the U.S. was deeply divided between isolationists and internationalists. President Roosevelt -- who had spent his entire presidency fending off attacks from ultra-conservatives (including at least one coup attempt) -- needed to shore up public opinion if American was to enter what isolationist Charles Lindbergh labeled "Europe's war". Meanwhile, the Battle of the Atlantic was raging,with both Canadian and American convoys shipping food and materiel to Britain, and losing staggering numbers of vessels in the process. Admiral King was at the centre of this drama. Meanwhile, in Canada, Mackenzie King was fighting a political battle to garner support for the Canadian armed forces; Canada had almost been broken in two with the Conscription Crisis of World War One. Mackenzie King -- like Roosevelt, a cautious politician -- wanted to move with the flow of public opinion, and not in advance of it. The result was a war that unfolded by degrees, and not, as general perceptions have it, that exploded all at once.