One of the interviews at this site that's proved especially popular is the one I did with Gavin Grant of Small Beer Press. Grant recently updated the interview, and I'm going to post it at my new site when I get a few technical glitches worked out. Look forward to it.
작성자: Finn Harvor 시간: 6:24 pm No comments:

Nigel Beale has an interesting ongoing series comparing the national libraries of various countries with the National Library and Archives in Ottawa. He makes a compelling argument that the library in Ottawa could do more to promote books and reading; you can follow the series here.
작성자: Finn Harvor 시간: 8:18 pm No comments:

I'm re-posting my screenplay fiction, "Baram Writer", at my new blog. This was originally published in the literary magazine Dark Sky, and by the time it had appeared, I'd submitted it to so many journals that I'd lost count. The screenplay form of the piece seemed to be a sticking point; that, and the technical issue of making the photos appear correctly in the piece.

Neither of these were insurmountable obstacles. In fact, they should have been minor ones, since all my material was digital. Nevertheless, the response I usually encountered was a variation on "interesting ... but not for us."

This reaction -- a form of conservatism, really, a set way of doing things -- is at one and the same time common in English Canadian publishing and also something of a stereotype. (Canadians themselves are the ones who tend to beat themselves up on this issue; no one else much cares.) My experience is that conservatism has become pervasive throughout the world of publishing -- even avant gardism has adopted set forms. But the idea in anglo Canadian letters that conservatism is a characteristic that is particularly prevalent in the national culture is one that won't go away. Obviously, I don't quite agree -- or rather, agree with misgivings. Nevertheless, it would do Canadian letters well to have this debate take place a little more energetically than it does at present. And for Americans, too, it seems to me that some more consistency of debate would help bring needed clarity to this matter; after all, the "digital revolution" -- with all its variants of e-ness -- is at best a double-edged sword. Literary people generally need to start thinking of new ways to make narrative fiction work.
작성자: Finn Harvor 시간: 9:23 pm No comments: 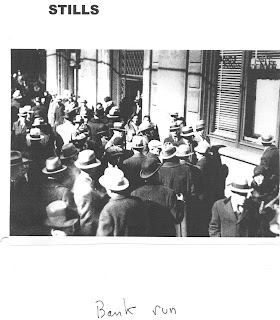 The second excerpt from my novel THE BUSINESS ARMY is now up at this blog's new site.
작성자: Finn Harvor 시간: 8:31 pm No comments:

An interview with Coach House's Alana Wilcox, and newly posted material from Truth Marathon are now up at this blog's new site.
작성자: Finn Harvor 시간: 5:25 pm No comments: 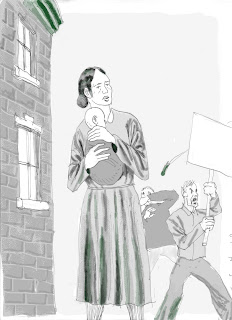 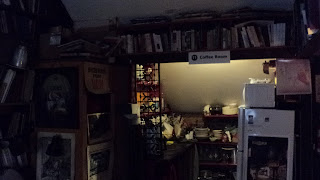 When I was in Toronto, I visited Coach House Books. It's located on a small alley just north of Robarts Library at the University of Toronto.