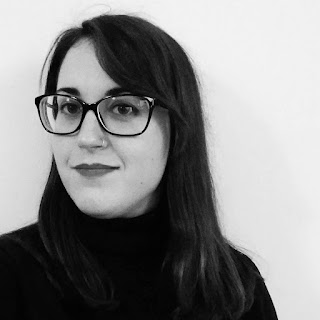 1 What is your creative process? Do you write your own texts or utilize those of others? If the latter, how do you choose a suitable poem?

I am a poet myself, so I tend to use my own texts. Usually, the poem comes first. Being something I wrote, it’s easier for me to come up with more layers of meaning and translate them into a flow of images and sounds that would complement the poem.

So, first I analyze the text (in terms of: theme, poetic subject and object, scenario, sensations, etc). Then, I try to think of imagery that would complement what’s already in the poem and also express its atmosphere. Sometimes I create meaning by contradictions or contrasts, sometimes I create a parallel “narrative” that seems to flow apart but eventually fits the intentions of the poem. I always shoot, edit and post-produce the images myself. In some cases, I have used royalty free material. I was also the composer of the music used in my early videopoems, but now I prefer to collaborate with professional musicians to achieve better results.

2 One aspect of videopoems is the significant amount of labour that goes into producing a project. This labour often increases as the project becomes longer. Do you find that sometimes you change a poem because of some of the technical challenges of making a longer videopoem? Or is this sort of factor irrelevant to you?

As I assume almost all tasks when producing my videopoems, I’m well aware of my abilities from scratch, and that influences the way I conceive the creation of a videopoem. I don’t think making a longer videopoem involves more technical challenges. You could make a perfectly nice 10 min videopoem with only long static shots. What really complicates the production is how you plan the filming. For example, shoot from inside a car while someone drives to get a moving landscape, instead of renting a dolly or a crane. I like to take a minimalistic approach towards the videopoems I create. I never change a poem, I’d rather adjust the shooting or editing idea to ensure I’d get a nice result with the tools I have.

3 You do a lot of work with Versogramas, Please tell us something of the history and activities of this cultural organization.

Versogramas is a transmedia project about the international videopoetry scene, produced from Galicia (Spain) by Esferobite producer company.

I came up with the idea of producing a long feature documentary about videopoetry when I was doing my master’s degree in production back in 2013. I was introduced to Juan Lesta and Belén Montero, co-owners of Esferobite, a company specialized in experimental video, multimedia and cultural productions. They loved the idea and accepted to produce it. We’ve been working together ever since, and thanks to their talent and experience the project has evolved a lot.

We’ve developed various formats to explore videopoetry with different tools: a creative documentary, a webdoc, an exhibition, an experimental long feature and a book + DVD. We are currently focusing on finishing the documentary, and a Galician publishing house will publish and distribute the book + DVD next year.

While looking for funds to produce the documentary, we created a weekly section in our web called “videopoem of the week”. Each week I would comment and share one of our curated videopoems, with the intention of expanding the presence of videopoetry online, making it reach wider audiences, and also gain some audience of our website as well. Frequency actually decreased to a monthly videopoem while pre-production and shooting but fans kept increasing. We are really happy with the result!

We finished shooting on June. Now we are looking for distribution: we plan to exhibit the documentary within festivals and televisions. Once the documentary is on the road, we’ll figure out how to produce the rest of the formats.

4 In "Matrioshkas", a videopoem that employs images of matrioshkas (often known in the West simply as multiple Russian dolls that fit in each other) and antique boxes to suggest the layers of the self. The film works well as both a linguistic and visual metaphor. In a case like this, does the poem come first? Or do the images? Or is there is a sort of gestalt, with the visual and the linguistic evolving together?

I always felt a fascination for matrioshkas. In this case, the poem also came first. I’ve used matrioshkas as a metaphor in some other texts, with that exact intention you have mentioned. Also, to suggest how we hide ourselves, our identity, from the world. I already had that matrioshka my mum gave me as a child, so the idea of making a videopoem with it appeared quickly. But while I was setting all up I thought I’d also like to depict identity in some other way, highlighting the duality between real and reflection, how we see ourselves and how we’d like to be seen. And that’s when the idea of the mirror appeared. During the shooting, I experimented with those opposite ideas: the idea of hiding yourself (rather “your-selves”) and the idea of showing yourself (a particular layer? a distorted image?).

That doesn’t happen in all videopoems I make. I do set aside enough time to experiment while shooting, but I think my starting point is a shooting plan made from the analysis of a poem.

5 Do you follow a particular aesthetic (for example, avant-gardist, or dreamscape-ist, or populist), or do these labels mean nothing to you?

6 What is the purpose of video poetry? What distinguishes it from textual poetry, or music videos, or experimental film?

I think videopoetry transmits the atmosphere of a poem, using image text and sound. I like to think that its purpose is to arouse emotions, to move people in a deep way.

For me, there are four main differences between videopoetry and other similar genres: it’s based on a poem, the poem is always present (whether on-screen or audible), length is fixed and there is some sort of “narrative” intention in it.

7 Who are some of your influences?

I’m not really aware of the aesthetic influences I may have. As a poet: most of my favourite writers are Galician poets, all women, from the eighties till now: Pilar Pallarés, Yolanda Castaño, Luisa Villalta, Estíbaliz Espinosa, Antía Otero, Cristina Ferreiro, Andrea Porto, Olalla Cociña... As a filmmaker: my discourse tends to reflect upon language, communication and identity. In that way, films like Persona (Ingmar Bergman), Michelangelo Antonioni’s so-called “trilogy on modernity and its discontents”, and some works by Michael Gondry strongly impressed me. Also Jim Jarmush’s “Paterson” and the most recent works by some directors whose style was recently labeled as “New Galician Cinema”, such as Lois Patiño, Oliver Laxe, Diana Toucedo and Xisela Franco. As a videopoet, concretely: I love Swoon’s, Melissa Diem’s and Martha McCollough’s work.

8 How does the collaboration process work for you?

I usually collaborate with musicians to create the soundtrack of a videopoem. It’s a nice interesting process, which I enjoy a lot. The sound atmospheres of my last videopoems were composed, interpreted and mixed by Alejandro Almau. Usually I give him the poem and a few notes on my intentions with the video, and when the videopoem is finished we discuss how to create the soundtrack. He always comes up with awesome ideas. I’m usually there when he starts to play some sketch notes, we exchange opinions and come to a music draft which he improves later.

9 What are you working on now that excites you?
Now I’m completely focused on the production of Versogramas and also starting to write a new poetry book. I already have some ideas to turn some of those texts into a videopoem, we’ll see.


Bio: Celia Parra (Ourense, 1990) is a film producer and award-winning poet. She was awarded in several poetry prizes, has written the individual poem collection No berce das mareas (The craddle of tides) and counts with texts published in diverse collective publications. Devoted to the experimentation of hybrid forms of poetry: digital poetry, videopoems and audiopoems. She is currently producing Versogramas, the first documentary about the international videopoetry scene with producer company Esferobite (A Coruña, Spain)
작성자: Finn Harvor 시간: 6:11 pm